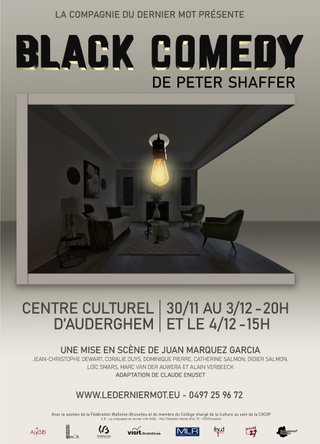 Peter Shaffer's first play, THE SALT LAND, was written in 1951 and produced for television in 1955. Subsequently his comedy, THE PRODIGAL FATHER, was produced on radio and BALANCE OF TERROR was televised in 1957. His play, FIVE FINGER EXERCISE, was directed by John Gielgud in the West End in 1958, transferred to New York in 1959, and was followed by a film version in 1962. THE PRIVATE EAR and THE PUBLIC EYE, two comedies, were staged as a double bill in the West End in 1962. His next play, THE ROYAL HUNT OF THE SUN, was produced by the National Theatre at Chichester, and subsequently at the Old Vic and in New York. It has since been adapted for both film and opera, and was revived at the National Theatre in 2006. EQUUS was first produced by the National Theatre at the Old Vic, and then in the West End and on Broadway where it ran for over 1200 performances. It was revived in the West End to great acclaim in 2007 and subsequently ran on Broadway, and in 2019 it was revived again to further critical recognition. It was also made into a film in 1977 which earned Peter an Academy Award nomination for Best Screenplay.
His multi award-winning play AMADEUS, opened at the National Theatre in 1979, and on Broadway in 1980 (running for over 1000 performances), and then transferred to the West End. The 1984 film won Peter Shaffer one of its eight Academy Awards. AMADEUS was revived at the National Theatre in Autumn 2016 in a production that was then remounted in early 2018.
LETTICE AND LOVAGE ran for nearly three years in the West End. In 1990, LETTICE AND LOVAGE opened on Broadway with Maggie Smith and Margaret Tyzack both winning Tony Awards for their roles.
Peter Shaffer's other plays include BLACK COMEDY (commissioned by Sir Laurence Olivier at the National Theatre as a partner piece for Strindberg’s MISS JULIE), WHITE LIES (reworked into WHITE LIARS), THE BATTLE OF SHRIVINGS, YONADAB, WHOM DO I HAVE THE HONOUR OF ADDRESSING? (for radio), and THE GIFT OF THE GORGON.
In 1994, Peter was Visiting Professor of Contemporary Drama at St. Catherine's College, Oxford. He was awarded the CBE in 1987 and was knighted in 2001. Peter passed away in June 2016 at the age of 90 whilst at his home in Ireland.